Are you Really Speed Training? Or are you actually doing conditioning? 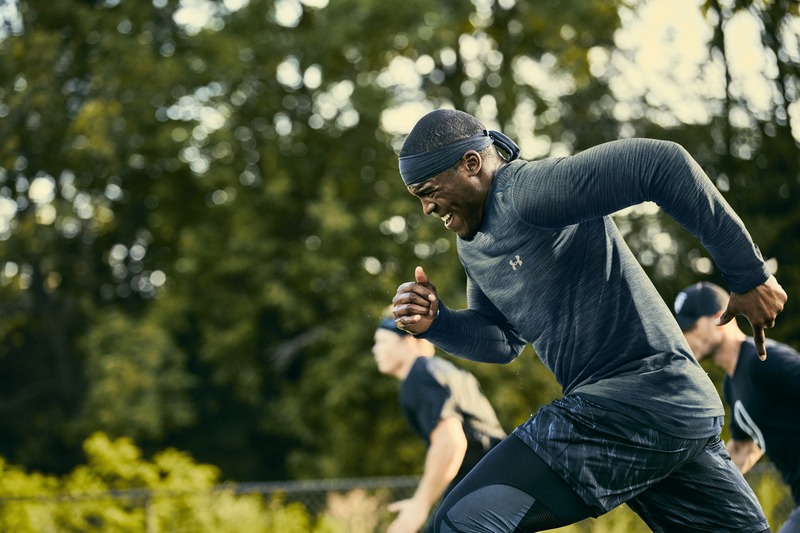 Are you really Speed Training?
Or are you actually doing Conditioning?

With lots of people taking advantage of the good weather (well, what was good weather!) and using the outdoors to get some daily exercise in, we are seeing more and more athletes turning to basic speed sessions with a hope to improve their “game speed “ or overall running speed for their sport, which is great; especially those athletes starting to get some pre-season work in.

You may have seen people on your local field running a session like this typical “speed workout” (or in fact done similar yourself):-

Why has a planned speed session turned into a random conditioning session?
The short answer is RECOVERY !

Effectively the prescribed rest periods were far too short in relation to the distance of the maximum effort sprint. This lead to insufficient recovery time between reps which in turn lead the athlete being too fatigued to hit their true top speed in the efforts after the first couple reps.

“If you’re not achieving your top speed or something near to it, you’re not improving your speed’

These athletes obviously do not know this. In a lot of cases they may have been coached this way or interpreted something they have read or seen online which promotes this style of training.

It’s a common belief that as long as we feel gassed out at the end of the session, and like we have put a good intense shift in then “we must have done something right.” Do you recognise yourself with that thought process?

In reality what they are actually doing is high-intensity interval training (HITT) that will make them a better conditioned athlete but not a faster one.

Speed / sprint workouts that turn into conditioning sessions is a common problem in strength and conditioning as there seems to be some confusion around the subject.

So how do we know if if we are training speed or conditioning?

Sprinting is extremely taxing on the body and CNS (central nervous system) (highly neural). Because of this it requires long recovery periods between efforts and relatively low training volumes for maximal results.
The old saying ‘quality over quantity‘ springs to mind and I’d agree all-day long when it comes to improving speed.

*In this case less at the right quality is worth a lot more than quantity at poor or incorrect quality.

Speed training legend Charlie Francis recommended that running at above 95% of your best performance is key to develop speed.
Anything less than 95% of your max is too slow to get faster. Think about that for a moment and how much that single effort would take out of you?
*For example, if your best 30-meter sprint time is 4.00s, your work sets must fall under 4.20 to be considered true speed training. Anything slower than that and you’re veering into the realms of conditioning work.

With regards to recovery periods, Francis recommended one minute for every 10 meters of sprinting for resting between efforts.

So to put this in perspective: for 30-metre sprints, your rest between efforts would be about three minutes. This is a great general guideline from one of the world’s leading sprint / speed coaches.

Another great coaching point, using the example above, is that once the athlete’s 30-metre sprint time exceeds 4.2 seconds (or the 95% equivalent for you), they are no longer training for speed. Whether this happens on their fourth rep or the 10th rep, that’s their cue to stop for the day. They won’t be getting any faster by performing more work sets once the effort drops below 95% of their max effort so it’s time to move on, or to end that particular session right there.

How do you measure?

In a perfect world you would have electronic timing gates to ensure you accurately stay within the 95-100% speed range during your session, but this isn’t always available or viable for most people. In this case we go old school and a simple stopwatch will do the trick! This is particularly useful for non-sprint athletes, such as team sport athletes. Of course this timing method won’t be as accurate, but it’s a lot better than attempting to guess your speed.

In summary, the main difference between speed and conditioning work boils down to this:

If you answer yes, your speed workouts are conditioning workouts! This is the answer to why you’re not getting any faster. Remember to take the appropriate time for full recovery and stay at that 95% or above to get faster!

If you have any questions on this or any aspect of programming, then please get in touch. Ryan has worked with elite teams and athletes ranging from a wide range of sports and backgrounds such as Warrington Wolves in Rugby League as an First Team S&C coach moving then to Rugby Union as Head of Strength & Conditioning then more recently High Performance Manager for Georgia rugby union. Ryan has also consulted with many of the world’s leading rugby union 7’s and XV a side squads as well as rugby league teams domestically and from around the world.
He has also developed other professional and amateur athletes ranging from boxing to hockey from Amateur to Commonwealth and Olympic Athletes and been mentored and interned with some of the world’s leading coaches in human physical performance. He brings with him a BSc (Hons) Strength and Conditioning degree and an impressive over sixteen years hands-on experience.
He holds the world-renowned Westside Barbell Certification, a leading concept in Elite powerlifting, NFL and contemporary world class sport, with a showcase of accreditations in fitness, nutrition and strength and conditioning from – and not limited to – UKSCA, NSCA, CPPS (Joe Defranco & Jim Smith) BioForce (Joel Jameson) NASM and Precision Nutrition.